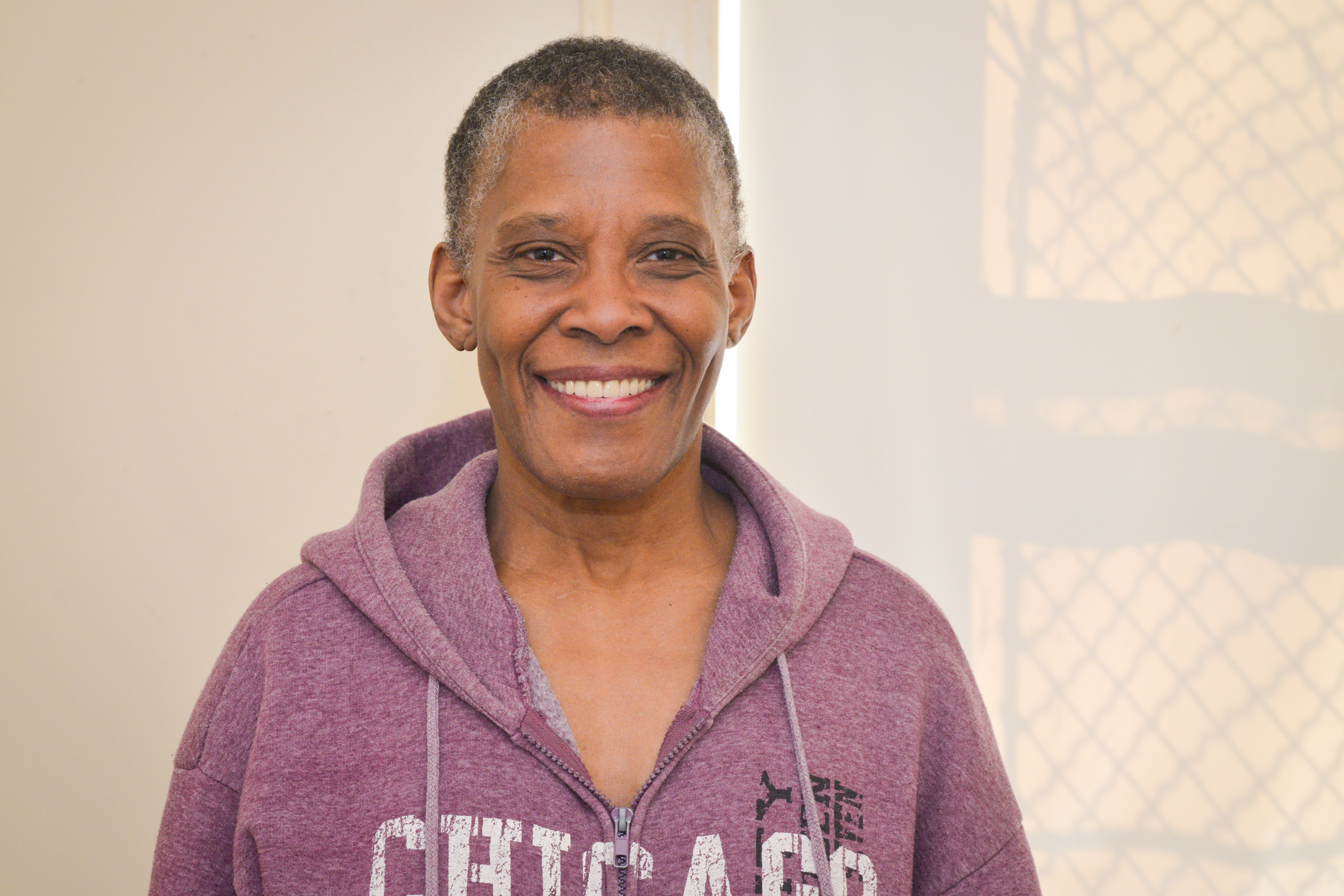 Jeraldine Taylor is a petite, 60-year-old woman who enjoys the simple things in life. She loves to cook, read and watch TV when she gets a chance to catch up on the news or indulge in shows like Judge Mathis and Steve. These are the things that help keep her mind off the past and humble her to be grateful for where she is today.

For most of her life, Jeraldine was among the over 80,000 Chicagoans experiencing homelessness. Although there were several contributing factors, she believes that her challenges with housing instability stem back to when she started drinking alcohol.

“When I was in my late teens, I started thinking on my own and doing my own thing. Everyone wanted me to go to college, but I decided to go to work instead,” said Jeraldine. “At that time, I was introduced to alcohol and started drinking on the daily.”

Jeraldine was able to hold down a steady job working for the Department of Housing and Urban Development (HUD) for a few years and was making a good living for herself. Although she felt invincible at the time, one thing she did not notice was her growing dependence to alcohol and, soon after, a dependence to other drugs as well.

“All of a sudden, it just got out of control. In ‘83 and ‘84 I started doing cocaine and it just went downhill. Everybody saw that I had this addiction, this problem, but I didn’t,” Jeraldine recalled. “I got big-chested. I was like, ‘I got a job. I’m independent. I can come and go as I please,’ but I didn’t know that the addiction was really affecting me.”

Jeraldine’s life eventually took a turn for the worse: She lost her job and no longer had a place to live.

“The cocaine, it just…it took me down to the point where I lost all respect from my family. Even though they were there for me, it just got to the point where I lost control, and I was kicked out of my family’s house because of the drugs. I was so preoccupied with the drugs and for so long I’d been in and out of halfway houses and shelters and I still didn’t think that I had a problem.”

This went on for years with no end in sight. Jeraldine thought she would spend the rest of her life jumping between shelters until she overstayed her time at every place she went. With nowhere else to turn, she decided to start using hospital emergency rooms as a place of refuge.

Although Jeraldine does have COPD (chronic obstructive pulmonary disease, which is a long-term lung disease that causes her to have a shortness of breath and a persistent cough), she would often exaggerate or fake an injury or illness just so she could get a hospital bed to sleep in at night. Otherwise, her last resort was to find a secluded area at a park to sleep. This went on until December 2017.

“I was doing one of my scams [at UI Health] saying I hurt my back and one of the doctors that used to see me said, ‘Jeraldine, I’m going to try to help you get out of the situation you’re in.’”

Jeraldine did not know it at the time, but this contact at UI Health was connecting her to the Better Health through Housing (BHH) program. BHH brings together the housing and health care worlds by working with hospitals and managed care organizations to identify individuals who frequently utilize emergency services and are experiencing chronic homelessness. The program then links clients directly to housing through its network of 28 supportive housing organizations to provide housing stability and improve health outcomes for clients in the program. Since its inception, BHH has helped lower health care system costs by reducing emergency department usage among BHH clients and providing housing interventions for over 90 people throughout Chicago.

“I remember on the 13th of December 2017 I was homeless no more. That was it. I was done. The 14th of December, that’s when I met Jamin Fox and he’s been my case manager ever since.”

Jamin works for H.O.W., one of the 28 supportive housing organizations in the BHH network, and meets with Jeraldine regularly to ensure that she is on track to meet all her health and wellness goals. He helped her settle in her studio apartment on Chicago’s West Side, where she has lived for the past year and a half. Since then, Jeraldine has reconnected with her family and been able to better manage her drug and alcohol dependence.

“Working with Jeraldine is one of the highlights of my week,” said Jamin. “Jeraldine and I have spent our time discussing what she plans to do in the future and right now Jeraldine is working on the aspects of her physical health that she neglected while she was homeless. Once she has addressed her physical health, she intends to return to the workforce and possibly finish her associate’s degree.” 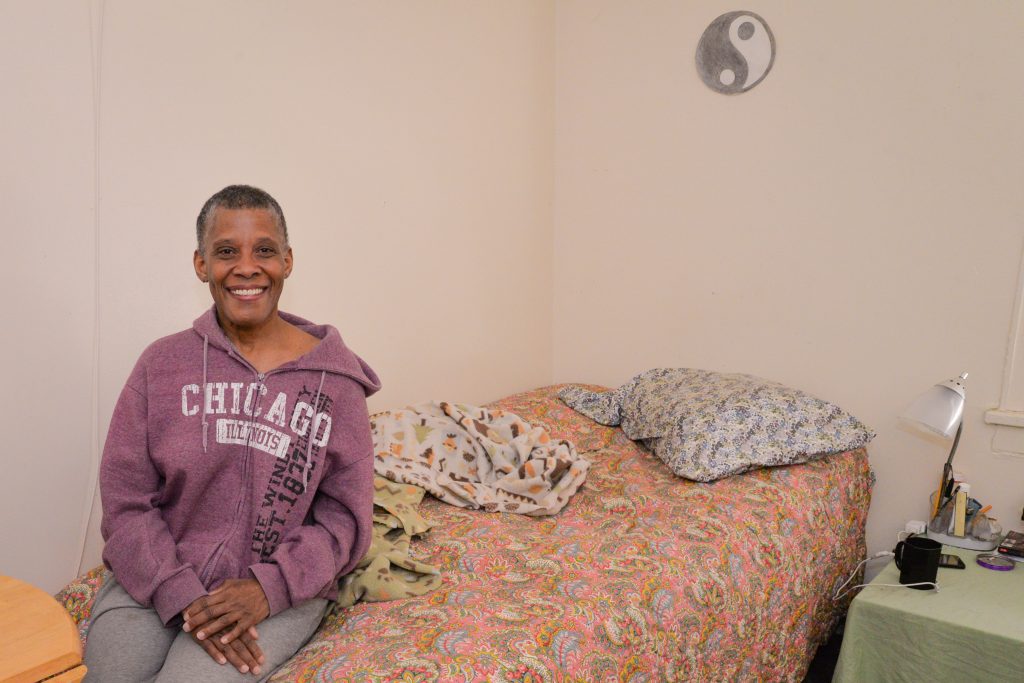 Jeraldine is proud to say that she now has a primary care doctor and is vigilant about making sure she stays on top of all her doctor’s visits. She is determined to get to a point in her life where she is stable enough to move out of her current apartment and become even more independent, but, until then, she does her best to stay patient. Reflecting on her journey and where she is at today, Jeraldine stated, “It feels good … it really does. It’s true what they say, ‘This too shall pass.’ I’m just taking it one day at a time. That’s all I can do.”